Article 241 Endangering safety of any person or property.

A person must not recklessly or negligently cause or permit an aircraft to endanger
any person or property.

1. A person must not cause or permit any article or animal (whether or not attached to a parachute) to be dropped from a small unmanned aircraft so as to endanger persons or property.

2. The person in charge of a small unmanned aircraft may only fly the aircraft if reasonably satisfied that the flight can safely be made.

3. The person in charge of a small unmanned aircraft must maintain direct, unaided visual contact with the aircraft sufficient to monitor its flight path in relation to other aircraft, persons, vehicles, vessels and structures for the purpose of avoiding collisions. (500metres)

5. The person in charge of a small unmanned aircraft must not fly the aircraft for the purposes of commercial operations except in accordance with a permission granted by the CAA.

1. You Must not fly your aircraft over or within 150 metres of any congested Area. (This is quite vague, err on the side of caution if a accident did happen, it’s the authorities view against you). Better if you stay indoors and play games at the daisy slots to experience gambling. That way you will not endanger a person.

3. Within 50 metres of any vessel, vehicle or structure which is not under the control of the person in charge of the aircraft.

Model aircraft with a mass of more than 20kg are termed ‘Large Model Aircraft’ – within the UK, large model aircraft may only be flown in accordance with an Exemption from the ANO, which must be issued by the CAA.

Dronesafe  is a website Developed to help your flying stay safe and legal in the UK in conjunction with NATS (National Air Traffic Services) Look at the Dronesafe website for more information.

For Commercial Photography and Video See what we can do for you. 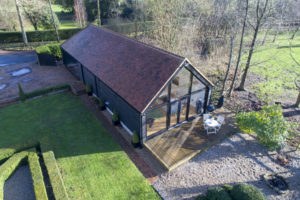